Batu was the founder of the Golden Horde. Batu was the grandson of Chinggis Khan and the son of Jochi. Chinggis Khan died in 1227 and his land was divided up among his four sons. Although Chinggis had other offspring, only the four born to his chief wife Borte were given a land inheritance. These four sons included Jochi, Chaghadai, Ogodei, and Tolui. Jochi would have been awarded the empire’s westernmost territory, however, he proceeded his father in death. The westernmost land then was divided up among Jochi’s many sons. Although Jochi was the eldest son of Chinggis, Ogodei was appointed the Great Khan by Chinggis’ dying wish.

After his father’s and grandfather’s death Batu eventually founded and solidified the Mongolian power-base in the Pontic and Caspian steppes. In order to expand the Mongols territory westward, Batu headed a series of campaigns from ca. 1236-42. Little detail of Batu’s westward campaigns is known. The only primary source left by the Mongols is the Secret Life of the Mongol’s, however, this document only dedicated a few lines to Batu and his campaigns. Much of the information known today about Batu’s campaigns comes from encounters with his enemies. In addition, Batu’s renowned military strategies envisioned to take Eastern Europe and Russia were recorded.

Batu conducted his campaigns with the help of the military strategist General Subedei. Subedei had gained his military recognition through his conquests in Iran. Batu and Subedei started their campaigns to take the western territory by first assembling on the lower Volga River in 1237. This assemblage signified the Mongols intentions to take Russia and Eastern Europe.

Word of numerous Mongolian conquests had reached European leaders before Batu had started his series of campaigns. The Europeans hoped that the Mongols could be converted to Christianity. Further they believed that the Mongols would become quick allies thus preventing the encroachment of Muslims from the Middle East into Europe. The Europeans were gravely disappointed. 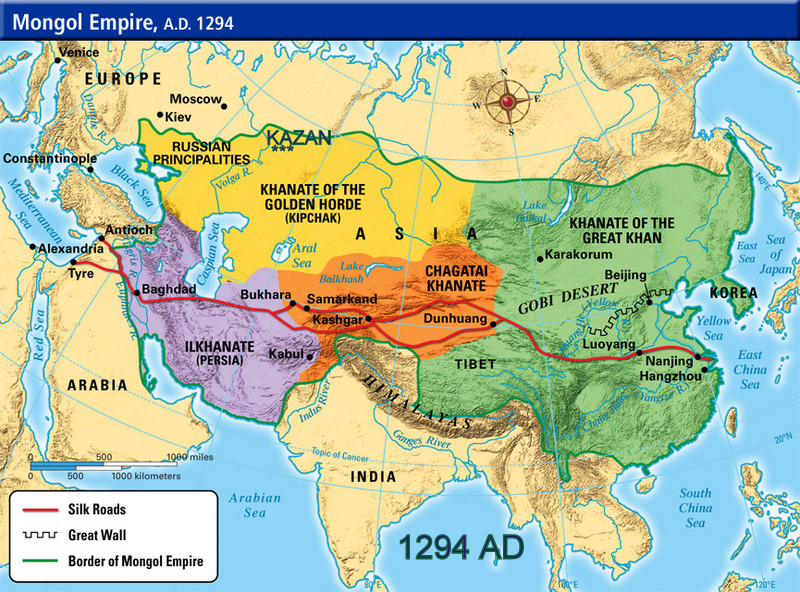 Batu and Subedei cut across the enemy territory. This strategy cut off the points of enemy resistance and drove wedges between the various groupings of enemy forces. This military strategy, proposed by Subedei, was discovered by generals in World War I that were trying to find alternatives to trench warfare.