The Crimea is located on the northern coast of the Black Sea; which almost completely surrounds the peninsula. The smaller Sea of Azov to the northeast also contributes to the coastline of the peninsula. The peninsula’s name originated from the Golden Horde’s provincial capital that was established after the Mongols took control of the territory. Some evidence has suggested that in Crimea, under Mongol rule in the late-1340s the Black Death started and subsequently devastated much of Europe. Today the Mongol city is known as Staryi Krym. 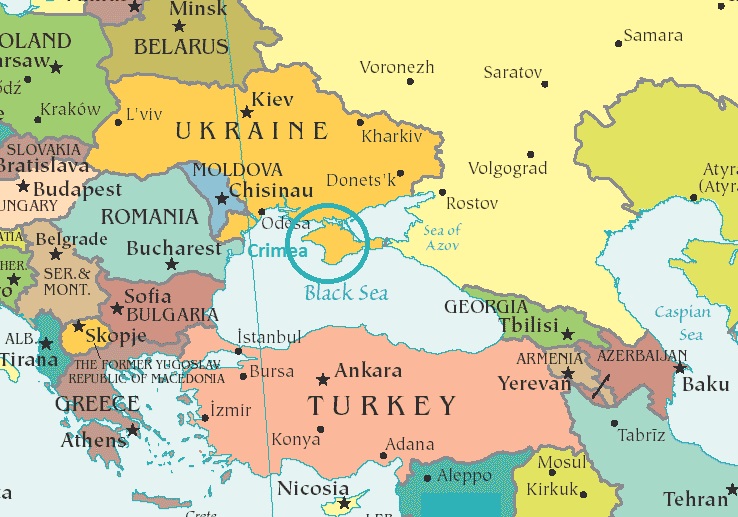 After chasing the Russian forces and ejecting them from the peninsula, Mongolian generals Subodei and Jebe led their soldiers down to the Crimea. There they prepared for a relaxing spring to recover from their long campaign against the Russians. During the victory celebration the Mongols invited the Prince of Mstislav and his two son-in-laws to the gathering. Although this might have been viewed as a gesture of good will, the Mongols had another purpose in mind. The Mongols wrapped the prince and his two son-in-laws in felt blankets, a gesture that befitted high-ranking aristocrats. The Mongols then stuffed the three men beneath the floorboards of the structure holding the celebration. As the Mongols continued to dance, sing and drink the three men were crushed to death.

This bloodless, yet brutal punishment for the prince and his relatives showed the Russians that there was a severe punishment for any who killed a Mongol. This act also proved to Mongol warriors that their leaders would not tolerate the killing of anyone of them no matter their rank.

From their strong hold in Crimea the Golden Horde administered further campaigns against Europe. Unfortunately, these invasions were not as lucrative as the Mongols hoped. To remedy their lack of spoils, the Mongols encouraged foreigners to set up trading ports along the Black Sea coast. These sea ports dealt in the trade of slaves.